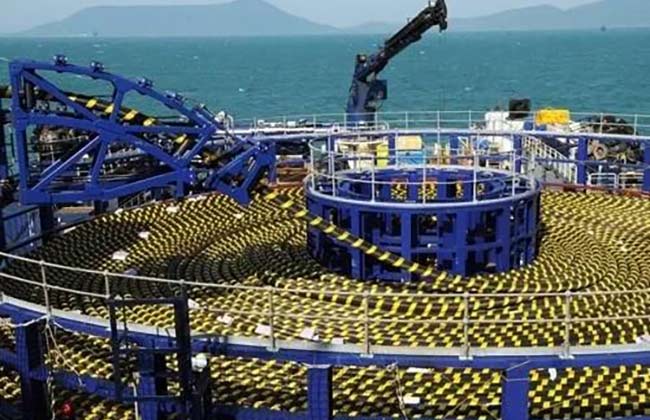 Australian energy startup Sun Cable has hired investment banks Macquarie and Moelis to raise more than A$30 billion ($20.6 billion) over the next 18 months to fund a giant solar farm and the world’s longest subsea cable. There will be the first time that Australia’s tens of billions of dollars worth of renewable energy developments have sought full project financing from the capital markets.

So, how much can we know about submarine cables? Veri Cable group editorial here summarizes a lot of knowledge.

The Development History Of Submarine Cables

Submarine cables are wires wrapped in insulating material and laid on the sea floor to transmit telephone and Internet signals.

Submarine cables include submarine communication wires and submarine power lines. Communication cords are principally used for communication services. It’s expensive, but it’s highly secretive. Power cables are mainly used for underwater transmission of high-power electric energy, and the role of underground power lines is the same. But the application occasions and laying methods are different.

In 1850, the world’s first undersea cable had laid between Calais and Dover.
Today 99% of transoceanic Internet data transmission is carried over submarine cables. The capacity of subsea cables can carry up to 80 Tbps of data, which is equivalent to transferring 4.7 GB of capacity in one second.

However, the subsea cable project is recognized as a complex and difficult large-scale project by countries around the world. Complex technologies are applied from environmental exploration, a physical investigation of the ocean, and the design, manufacture, and installation of the line. Therefore, the submarine wire manufacturers in the world are few, mainly Norway, Denmark, Japan, Canada, the United States, Britain, France, Italy, and other countries, these countries in addition to manufacturing also provide laying technology.

Currently, the longest submarine cable in the world is SEA-ME-WE3, with a total length of 39,000 km, connecting 33 countries in Southeast Asia, the Middle East, and Western Europe, which was put into operation in 2013.

The first submarine cable in China was completed in 1988 and there are two of them. One is between Chuan Shi Island in Fuzhou and Huyi (Danshui) in Taiwan, 177 nautical miles long; the other leads from Anping in Tainan to Penghu, 53 nautical miles long.
At present, 220kv photoelectric composite submarine cable breaks the pattern of foreign monopoly and begins to not need to rely entirely on imports.
In August 2015, a cable company in Ningbo, the first domestic 220kv cable began to ship. This means that China is also able to develop and manufacture its high-voltage cables, and no longer rely on imports.
In March 2022, a Google-owned submarine cord landed in Togo, according to Reuters. The company said it was the latest development in a multi-year project to provide cheaper internet access to users across the continent.

The core of the submarine cable is made from hair-thin, high-purity optical fibers that guide light along the path of the fibers through internal reflection. The submarine cable has to be able to withstand the enormous pressure of being 8 kilometers underwater, equivalent to the weight of putting an elephant on a human thumb.
The deep-sea line manufactured by NEC is made of lightweight polyethylene, and the entire wire is only 17 mm thick.
In general, the application of submarine cables to transmit electrical energy is undoubtedly more expensive than the same length of overhead cables.

Submarine communication cables are mainly used for long-distance communication networks, usually for long-distance between islands, cross-sea military facilities, and other more important occasions.
Submarine power cables were laid at much shorter distances than communication cables. And are mainly used between land islands, across rivers or harbors, connecting drilling platforms from land or interconnecting drilling platforms, etc.
In general, the application of submarine cables to transmit electrical energy is undoubtedly more expensive than the same length of overhead cables. However, it is often more economical than using small, isolated power stations for regional power generation, and has more benefits for application in offshore areas. In countries with more islands and rivers, this cable is more widely used. 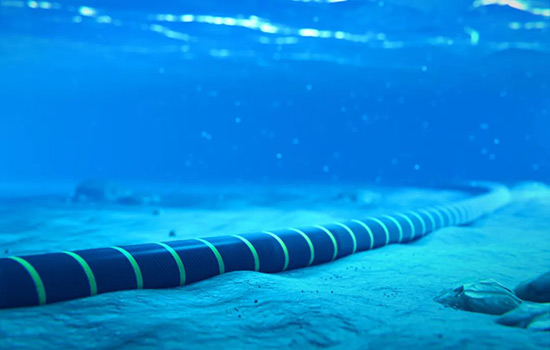 1. Impregnated paper-covered cables for lines up to 45 kV AC and up to 400 kV DC. At present, it can only be installed in waters up to 500m deep.

2. Self-capacitating oil-filled cables for direct current or alternating current lines up to 750kV. Since the wire is oil-filled, it can be laid in water depths up to 500m without difficulty.

4. Oil-pressure tube cables are only suitable for power line systems several kilometers, because of the mechanical constraints of pulling extremely long cables into the tube.

5. Inflatable cables, which use impregnated paper bales, are more suitable than oil-filled cables for longer submarine cable networks. But the need to operate in deep water with high air pressure makes it tougher to design cables and their fittings, which are generally limited to water depths of 300m or less.

Compared with land fiber optic cable, submarine cable has many advantages: First, laying does not require digging a trench or support with brackets, thus less investment and faster construction; Second, in addition to landing lots, most of the work in a certain depth of the sea floor, not subject to wind and waves and other natural environmental damage and interference with human production activities, so the cable is safe and stable, strong anti-interference ability, good confidentiality.

The above is some basic knowledge about submarine cables. Veri Cable has a variety of models of submarine cables, professional product standards, and strict manual qualifications for adults, while effectively ensuring the rights and interests of purchasers and trustworthiness.