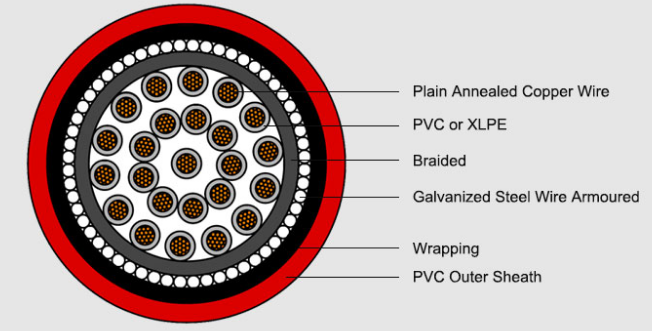 The power cable is a primary load wire, the current carrying capacity increases with the increase of the power. And the application section of the wire must also increase with the current. So the specifications of the power cable are generally larger, as large as 500 square meters (the range that conventional manufacturers can produce). There are relatively few manufacturers who can do it.

The number of cores of the power cable is less, there are single-core, two-core, 3-core, 4-core (three-phase four-wire system), 5-core (three-phase five-wire system), according to the requirements of the power grid, the maximum is generally 5 cores. The control cable is used to transmit control signals, and the number of cores is large, ranging from 2 cores to 61 cores, or even more. The control cable also adopts various core structures, shielding and other measures to obtain satisfactory electromagnetic compatibility effects.